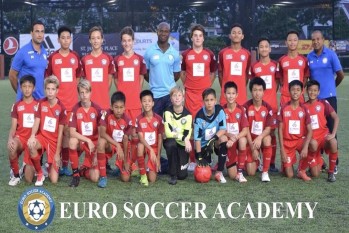 This weekend, ESA B14 played for the KL Cup. , we met our rivals from the first game, United. We had an hour break after coming off a super intense semi-finals, and with out team not feeling well, two players injured and one out for a red card, we were down 3-0 at half time. We rallied in the second half with Scoring , and we prevented further. We lost 3-1 in the end.
ESA came in