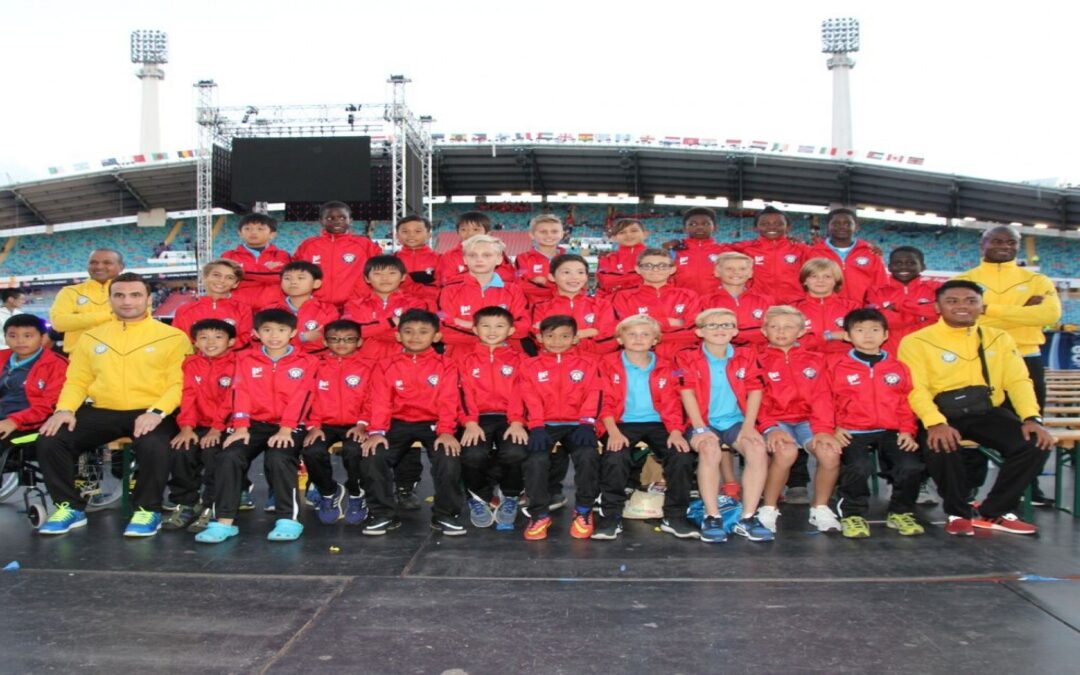 B14 participated in the JSSL 7s tournament in Singapore. On Froday19 April,2019 First game is a win 4-0 against Java Soccer Academy (Indonesia). The second match was against ANZA (Singapore) – our rivals in the JSSL league. ESA won 4-0. After a very long rain delay, the other team forfeited and we win 3-0.

On Saturday20 April,2019 ESA B14 team participated in the second day of the JSSL 7s tournament in Singapore. First match was against Royal Selangor (Malaysia), where we won 2-0.  Our next match, which was intense, was against AKSIL (China), we won 2-0.  Last match of the group play was against Chelsea FC IDC B (Singapore), which we won 7-0. No goals scored against the team and they won every game!

On Sunday 21 April,201, B14 played in the Cup for the JSSL7s tournament. The first match was against Active SG (AFA Farrer Park DC), and won 2-1. The second match was against Jakarta Dragons, both teams fought hard and we won 3-0. The semi finals were a real nail biter, with quite a bit of rough play. But we won in 2v2, with a score of 2-1 against Asia Football School Indonesia. The finals were at Our Tampines Hub. It was against Singapore
Sports School. A very tough match but in the last 5 minutes we scored and WON!! B14 is the Champion for the JSSL7 tournament. Congratulations boys! You played hard and with a lot of heart. Fantastic result. We are so proud of you!