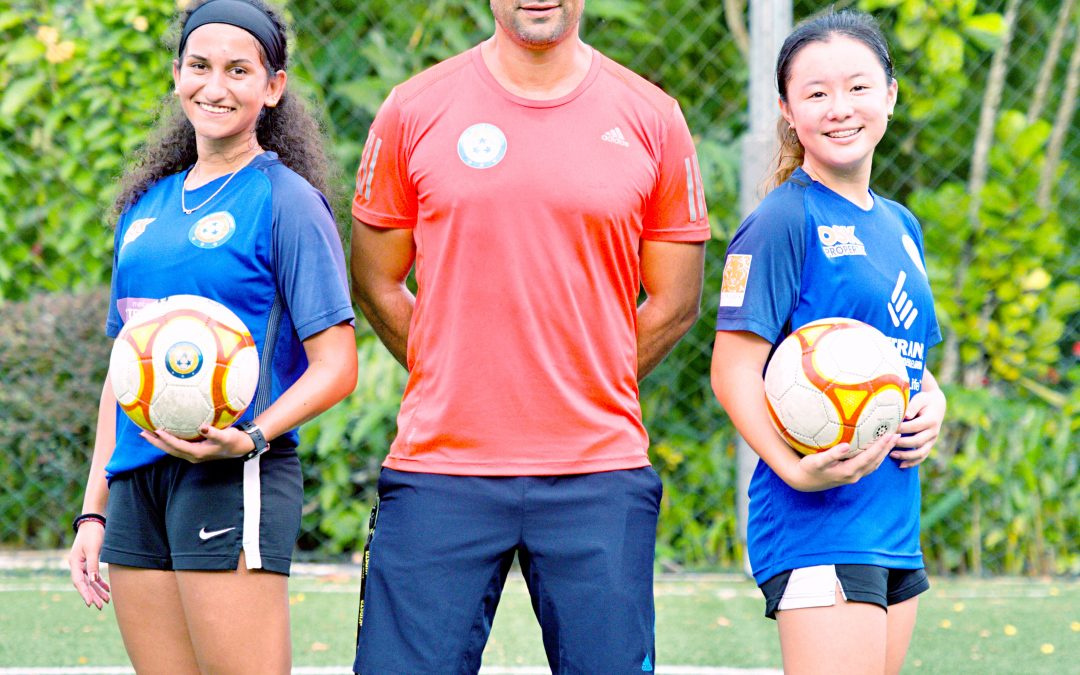 Looking for extra practice, or want to up your game? Try playing with boys! There are numerous benefits girls can get from playing with boys which can also help them to take their game to the next level.

Boys soccer and girls soccer is so different. Yes, it is the same sport, but in many ways, it is not.

Boys play fast and hard, very minimal touches, and they are physically strong. Girls play more artistically, they take their time to make the right decisions and try to dribble more. Girls don’t often play in the air while it’s just the opposite for boys.

So, how can a girl benefit from playing with a boys team?  Dylan Parker of Real So Cal has played in numerous tournaments and practices with boys teams; she adds, “boys play much faster than girls so it can affect your speed of play.” Since boys play faster it will help girls develop their speed on and off the ball. This can translate to fewer turnovers and better vision of the field due to the extra time you’ll have for shoulder checks and neck swivels.

Playing with boys also inspires more creativity. Not that girls aren’t creative, but boys tend to do a move every time they touch the ball. When you play with them, you’ll naturally get accustomed to adding more skill in your game. This is key to college recruitment because colleges want to see something different and new, adding a bit of skill in your dribble will set you apart from the monotonous dribble most young female players are doing.

Dylan also says the boys help her to improve her game because “they come at you faster than girls, so you really have to think of ideas faster, before you get the ball.”  This forces her to “play the way you face” and “check your shoulders” promoting possession and technical touches to prevent turnovers.

Girls can also learn how to “flop” from the boys game.  Girls don’t “flop”, they get pushed around a lot, but never fall because they are tough! Boys seem to know the right time to fall down even from a little tap on the shoulder making them crash.  I’m not saying this is a condoned action, but it can be useful if your team is 1-1 in a championship game and you get nudged inside the box. Beware, side effects include a yellow card if you don’t sell it properly.

Most girls, in my experience, are too intimidated to play with boys, but let me tell you its not scary.  I have never played high school soccer but when I tore my ACL and I came back to soccer during the high school break so I had to play with a boys team at my club to get back to my club team’s level. It was uncomfortable and scary at first, but it helped me develop my speed of play, vision, and skill due to the pace and style of the boys game. When my team got back to club soccer after their high school season,  I was playing at the same level as if I never got injured – I am very thankful for the opportunity to play with the boys.

Improved speed of play, awareness, and skill are the main results you’ll acquire from playing with boys.  It is definitely recommended if you want to improve in these specific areas, and if not, just for some extra practice!

Try it out, see how you like it, and let us know what you think!