Uncategorized What does it take to succeed in a soccer academy? 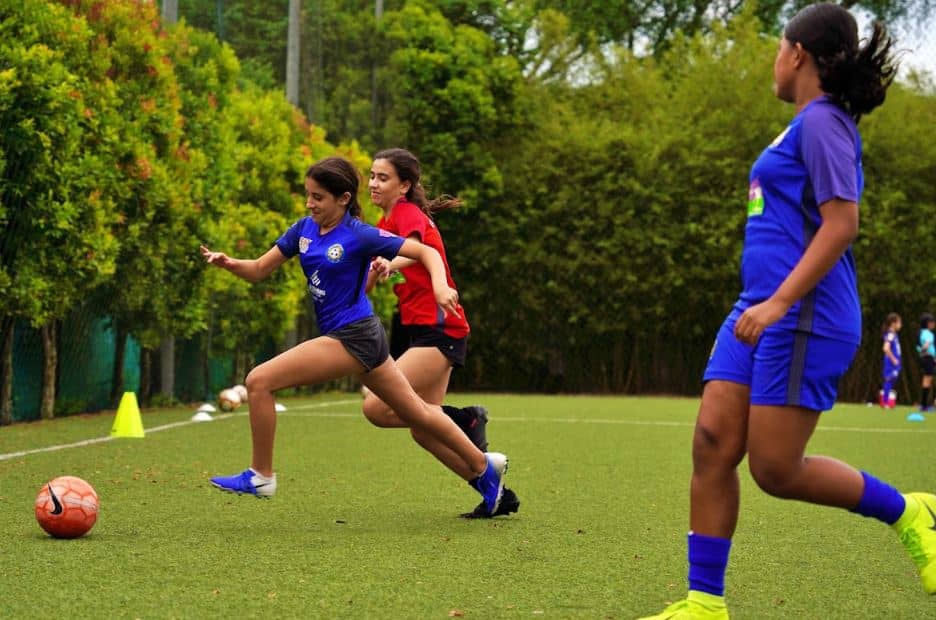 Life in soccer academies is understandably filled with challenges and stringent procedures, and the chance of even the most talented players springing up and breaking into the mainstream could be quite a difficult proposition.That, coupled with the trend of recruiting seasoned mercenaries for openings, makes it all the more arduous for these raw, young athletes.

“One of the problems with the academy system is that its ethos, basically, is to throw enough (stuff) against the wall and hope that some of it sticks,” said White, who is also the author of You’ll Win Nothing with Kids. They take in 30 or 40 kids at (age) 8, knowing fully well that the chances of any of them becoming footballers is pretty unlikely. The trouble is, those kids come in at 8 thinking they already are footballers.”

While it is nearly impossible to deduce whether a young child could be the next Clint Dempsey or Megan Rapinoe, the desperation of many clubs to perform at a continuously elite level has pushed them into recruiting less-talented youth to what they previously had signed.

But then, while the problems that come with nurturing minors remain, it is important to note that affording them some level of freedom seems to unleash their highest level of potential, as Tim O’Keeffe, former manager of Liverpool Schoolboys, stressed in the case of a certain 11-year-old Wayne Rooney.

“He was very unassuming and quiet. You can’t shut some boys up, but he was the opposite and would only speak when spoken to,”  O’Keeffe said.

“He could be infuriating at times, not for any disciplinary reasons but from a coaching point of view,” O’Keeffe said. “One day we were playing at Penny Lane and Wayne broke through on goal. We had three against one but, while the coaches shouted at him to give it wide, some of the parents shouted at him to take the defender on. He did neither. He looked up and chipped the ball into the net from 25 yards. There’s no way he should have attempted something as audacious as that, but Wayne had so much belief in his own ability that sometimes you had to forget the coaching book and just admire the skill. A coach said to me once: ‘You can’t coach what God left out. God left nothing out with Wayne.'”

While many top-flight coaches are less inclined to teach young players what is expected — at that level, it is assumed that players know what to do — neglecting youth in favor of established names has its flaws, as O’Keeffe observed with Rooney.

Rooney has gone on to become England’s record goal-scorer along with starring for the Old Trafford outfit where he made his name, winning almost every honor in English, European and Continental football.

One key advantage of starting off a professional career in an academy is that the athlete gets to play as much football as possible at a tender age: often a minimum of three hours’training a week at age 8 and five hours for 12- to 16-year-olds. The time is spent passing, changing paces and moving with the ball while guiding and keeping it in position, learning set pieces and finishing, and then repeating the process over and over again. Experts believe this to be the right type of training for youngsters, as the system and the skills involved will become ingrained in the muscles.

What are the major problems coaches face while grooming youngsters in football academies?

Due to some recent restrictions enforced by FIFA in the Financial Fair Play plan, most clubs have been forced to move toward youth development, making greater use of their owned academies. This is becoming more of a necessity than merely an option that they pay more attention to the youth on their books. Though this change in focus has reaped some measure of dividends for some, getting the best out of these young athletes is not without hitches.

Here is a look at some of these factors that influence player development at an early stage.